For My Liberal Friends...Fight the Good Fight

One of my Chrismas gifts was tickets to see Rik Emmett in concert. I've long thought Rik is one of the top 5 guitarists in the world, so I'm pretty pumped for the event. Thinking back to his Triumph days I couldn't overlook one of their biggest hits as a bit of an anthem for these dark Paliamentary days that we are facing.

Now, more than ever, we have to work even harder to have our message heard.

Don't get discouraged, don't be afraid, we can
Make it through another day
Make it worth the price we pay

Keep up your spirit, keep up your faith, baby
I am counting on you
You know what you've got to do

Posted by James Curran at 11:24 AM No comments:

With the ridiculous sham that PM Harpo has just pulled on the people of Canada, Liberals across the country are putting forth expressions of disbelief.

I was at a function the other night where former MP and current candidate for Mississauga Erindale, Omar Alghabra, expressed his idea for bringing this farce to light to the Canadian people. It's simple and I think it could be very effective.

Omar suggests that Liberal MPs show up at the House of Commons daily at the exact time Question Period would normally take place and ask the 5 daily questions we would normally ask on that particular day. Simple and effective.

It worked for Chretien in 1993. It could work now too.

Many of us have had these thoughts. Nice to hear Michael express them for us. Canadians just want to hear how they can have money left at the end of the month to take out the kids for a pizza. It's about JOBS, JOBS, JOBS!!!!

Go to Jail. Go Directly to Jail. Do Not Pass Go...

The embarrassment continues to build for Canada. For shame.

Hendin, who as early as 2006 wrote that Canada's prisoner transfer policy had serious shortcomings, said if Canadian diplomat Richard Colvin is correct in his assessment that detainees were tortured then Canadian officials could face war crimes prosecution.

Ontario! Ours to Recover...Join the Movement 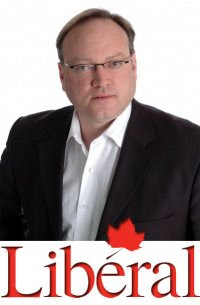 Margaret Wente’s claim that the Liberal Party has “written off” the gun registry “as useless” (Montreal Massacre Death Cult - Dec. 8) is incorrect. Liberals have always been strong supporters of effective gun control and we believe in the importance maintaining a registry that includes all guns. It is a vital part of protecting public and police officer safety, used by police 9,000 times a day and supported by Canada’s Chiefs of Police.

As the Day of Remembrance for the tragedy at l’École Polytechnique reminds us, gun control is also essential to preventing violence against women. Far from Canada’s gun registry being useless, there has been a decline in all types of gun deaths since the registry was brought into force, and it’s been used to refuse or revoke over 16,000 gun licences. For all of this, the registry costs less in a year than the Conservative government has spent on partisan advertising in the past few months alone.

Working alongside police and women’s groups, the Liberal Party is fully committed to maintaining the gun registry and ensuring Canada has smart, effective gun control.

Now if he can only get Wayne Easter to see his point.

His Friends Get By with a Little help from Him

Stephen Harper's CONservatives sure are entitled to their entitlements, aren't they.

Posted by James Curran at 8:20 PM No comments:

A pretty damning testimony I'd say. Son of Elmer, you're a LLPOF.

Legal experts say handing over detainees in the knowledge they could be abused is a war crime.

I think it's safe to say you can take that one to the bank. On his Facebook page, Martin states:

Keith Martin i will not be voting for the HST There is a third way that i developed pl see our website www.keithmartin.org

Hell, if Easter can vote in favour of getting rid of the Gun Registry, then surely Martin can vote against a bill that 75% of the population have said they don't want. But hey, what do I know.

This could have some legs. A policy that might get some people in this country thinking Liberal.

According to sources, the idea will be pitched as a measure that will appeal to the millions of Canadians who do not have a company pension and are leery of registered retirement savings plans.

“This could be a very popular way to invest,” said a Liberal source familiar with the proposal.

Mr. McKay is a LLPOF...Detainees Tortured

The Globe has proof of Afghan torture. McKay sticks by his claims. I call bullshit.

A Letter from Bob Rae to the Star

I swear to God the writers at the Star have more than become desperate. They've lost all sense of "responsible reporting". I've had these thoughts before.

Here's Mr. Rae's response that he posted on Facebook.


When Columnists Get it Completely Wrong
Today at 11:50am Uploaded via Facebook Mobile
Letter to the Editor,

Angelo Persichilli's column in the Sunday Star is full of fiction and false statements. At no time did he or anyone from the Star call me to check any of the non-existent "facts" in the article.

The premise of the article - that I "called" a meeting (to be held at the bar of the Chateau Laurier) is completely untrue. After a dinner honouring Senator Grafstein I went to the hotel and saw two colleagues in the bar, who promptly waved me over. We were joined later by another colleague.

The "conversation" described in Mr Persichilli's article is fictional. It never happened in any way described by him, and the views he ascribes to me and others are false.

Michael Ignatieff -the leader of my caucus and party - has my full support. Since my return to active politics in 2006 I have done everything I can to be an effective member of the Liberal team, and I shall continue to do so.

Why the Star would print such an unfounded piece of writing is beyond me, but I have no choice but to respond.

Missed the Boat Again...Or in this case the whole dock

It's no great secret that the Liberal party of Canada lives only by its survival in the provinces of Ontario, BC and Quebec. And, when you have now hopr in sight of gaining seats anytime soon in the praries, you must defend what you have.

We had an opportunity to separate ourselves from the stigma of "tax and spend Liberals" and from Stephen Harper and Jim Flaherty in general once and for all. Somehow it was perceived that we have to support our Provincial Liberal cousins in order to keep our "fighting forces" together.

Well let me remind everyone that Dalton McGuinty didn't give two shits about his federal cousins when he dropped a "Health Tax" on Ontarians in the middle of a Federal Writ period, costing Paul Martin a majority. In fact, during the last election wasn't McGuinty also "doing his own thing on environment" instead of backing a Liberal Green Shift?

When do we cut the cord and get some balls? I know nothing.

MY NAME IS JIM CURRAN AND I'M RUNNING FOR V.P.-ORGANIZATION FOR THE LPC(O).

My Thoughts on the Liberal Vote on HST

When 68% of all Ontarians polled are against the tax and you are losing support daily in that province, my guess would be to vote AGAINST the HST. I can't remember a party losing votes voting down a tax increase in Canada.