Even Conservatives Know Hudak Has Blown It

Posted by James Curran at 5:41 PM No comments:

Sad news.
Posted by James Curran at 8:20 AM No comments:

As I said in the Toronto Mayoral race. Rocco Rossi is a piece of work. He's a scumbag for allowing this shit to go on and on and on. 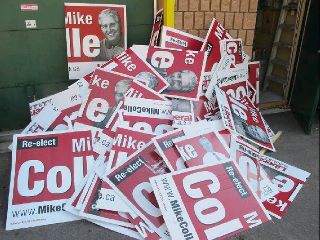 Posted by James Curran at 12:31 PM No comments:

The Video the Conservatives Don't Want You See 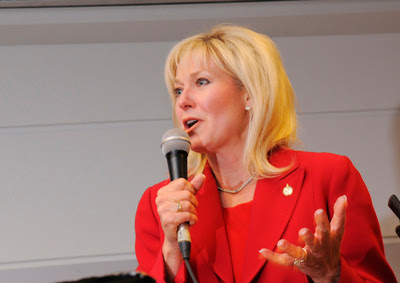 Good for you Bonnie! Congrats!
Posted by James Curran at 10:04 PM No comments:

It's the only thing I can think would be going on in his head. Quebec Nation was a key contributor to Michael Ignatieff's 2006 leadership loss. And it will be the undoing of Topp's (2 day old) campaign as well.

But hey, what do I know.
Posted by James Curran at 8:02 PM No comments:

If You're In NYC today, Have a Drink with the Real Heroes

Suspenders Bar is the place to meet up with NYFD and other FDs from around the world on days like today. Buy a hero a drink while you're there.

Some Canadians still don't get the enormity of 911. Perhaps understandable, but highly unlikely.

There comes a time in each generation that a tragedy has changed people for a generation. IN 1941, it was the tremendous loss at Pearl Harbour. In Japan, it was Hiroshima. In 1963, it was a dark November after the Kennedy assassination. Still for some it was April '68 when poor Martin left us.

What the Liberals Claimed was Impossible...The NDP will Achieve with the Greatest of Ease

That's right folks. A 6.5 month leadership race to pick a successor to the most successful leader in NDP history.

It's a shame Liberals weren't capable of replacing the leader that went down to the worst defeat in history in less than 2 years.

I wonder whose approach will be more successful, Jack Layton's dying wish or the Liberal Party's National Executive. My bet's on Jack.

Jack Layton Smarter Than the Entire Liberal Party...Even in Death

Yesterday I was watching the NDP's Brian Topp on CBC's Newsworld with Heather Hiscox as he tried his best not to say he was running to be Jack's successor.

What I found most profound in the entire interview is that Topp stated that - beyond a shadow of a doubt - Jack, on his death bed, thought it was most imperative to expedite the NDP leadership selection. So, come Friday, we'll all probably know when that leadership will occur and all of the rules that go with it.

Liberals? Liberals just don't get it after the death of their party in May. Instead,we Liberals felt it necessary to circumvent our own constitution to put off a leadership selection for what might just be an eternity.

You were a smart one Mr. Layton. We have no such leadership in Liberaland.
Posted by James Curran at 11:20 AM 8 comments: