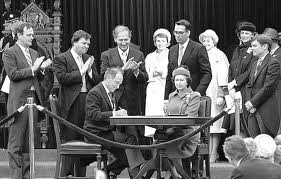 Walk Off the Earth Does it Again

This time 2 men, 7 instruments, one video.

Posted by James Curran at 9:49 AM No comments:

Liberal Party of Canada (Ontario) Should be Shut Down

It's a closed shop.

How can we call the Conservatives crooked when we can't even abide by our own rules. Its current Management Committee has violated its own Constitution by not calling a timely AGM. Not just once either. They've done it twice. In fact, dear friends, over the last 5 years we've only had 2 AGMs. It puts a whole new definition to Annual General Meeting doesn't it?

They've ignored term limits of officers. And, now, they've allowed an acclamation of a Regional President of a region that nobody knew was up for election because the current President just became the newly acclaimed VP of Communication. Yes, Jason Cherniak, the great communicator. To be fair to Jason though, nobody heard from the outgoing VP communication since her election in 2006. That's right, I said 2006. Six years later her position was up for election.

Here's what the notice of AGM says. Yes, I've copied it in case it disappears from the LPC(O) website. Can you tell me where it says the Central Region is up for re-election? Anyone? It doesn't. Yet there's an acclamation onto the Management Committee. What a crock.

In accordance with the LPC(O) Constitution, Article VII, Section 9, the following positions shall be elected for a two year term at the 2012 LPC(O) Annual General Meeting:

The following positions shall be elected for a one year term at the 2012 LPC(O) Annual General Meeting:

Peter Mackay is a LLPOF

You be the judge. Mackay then and now. We always knew this F-35 thing was a sham.
Posted by James Curran at 7:01 AM 1 comment:

Don Cherry: More Disgusting Than his Normal Self

Only Don Cherry can take an easy Vimy Ridge tribute and make it disgustingly  political. Never mind his shots at Crosby. How about saying "and I know the lefties don't like that" when speaking of honouring our brave Vimy troops. What an ass.

Tell me dear lefties, is it true? Do none of you like us honouring our Vimy Ridge moment? Did none of your family members ever serve in our armed forces?

Click on the Coach's Corner video here. It's about 28 seconds in.
Posted by James Curran at 7:29 AM 1 comment:

It wasn't going to get any better for Brazeau. 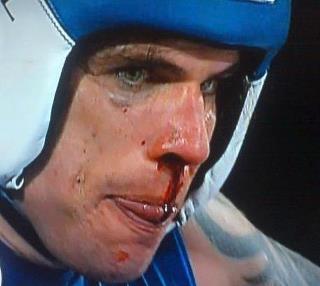 Posted by James Curran at 7:25 AM No comments:

And This is What my Buddy Justin Will Do to Conservatives...

...when he becomes leader of the Liberal Party of Canada. Knock out Conservatives everywhere! And that's no joke! 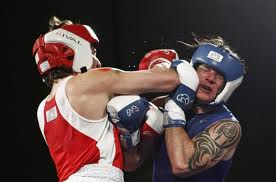 It's time for generational change in the Liberal Party. For me? Justin's the guy. Enough said.
Posted by James Curran at 12:54 PM 5 comments: